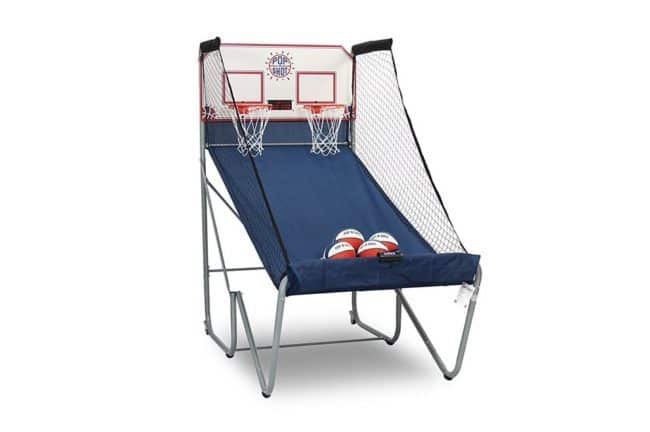 All fans of the game of basketball have gone down to their local arcade and been hooked in to the magic that is “Pop-A-Shot”.  These basketball arcade games are fast paced, fun, addictive, and can actually help you develop your basketball skills.

What you might not have realized is that Pop-A-Shot is not the name of the basketball games found in the arcade, but the original brand and inventor of the arcade basketball game back in 1981!  An old college basketball coach was recovering from a surgery and invented the game during his recovery.  It caught on quickly and the Pop-A-Shot brand began selling their basketball arcade to arcades and bars around the country.

However, the company’s growth slowed as competitors came in to the space with cheaper units.  Because of this the iconic Pop-A-Shot brand has begun to develop and sell premium quality basketball arcades meant for home use.  Their newest recreational model, the “Home Dual Shot” hit stores and ecommerce sites recently.  Luckily, we had a chance to check it out and give our take on this new basketball arcade game. 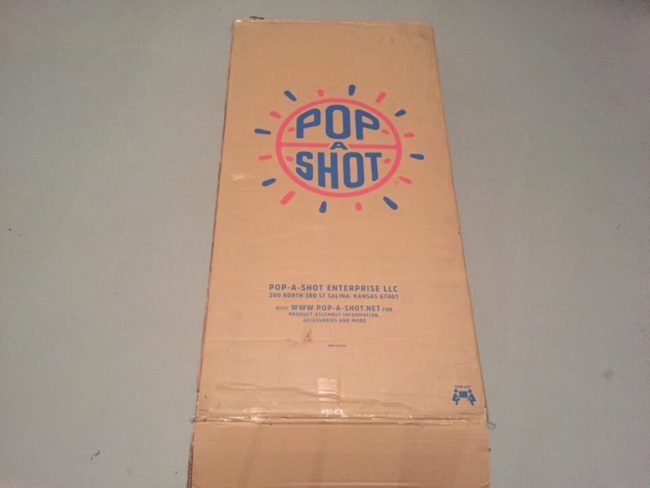 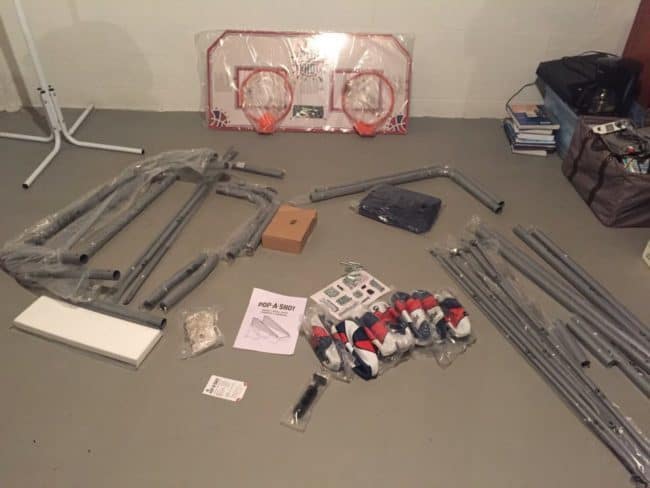 One thing I would like to see changed in the direction steps is that they should have you place the hoop on the frame earlier in the assembly process.  Pop-A-Shot does not tell you to complete this step until after the frame is set up meaning you have to lift the hoop onto the frame, which is unnecessary.

In the end, it took me around 2 1/2 hours to put this basketball arcade together.  Certainly not a fast process, but the final product is definitely worth it. 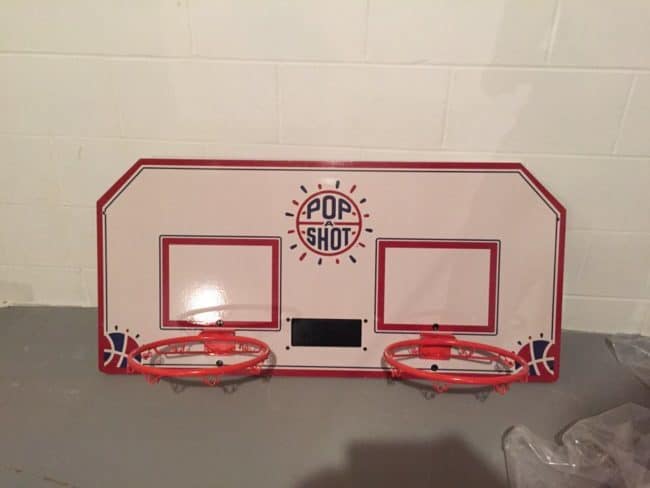 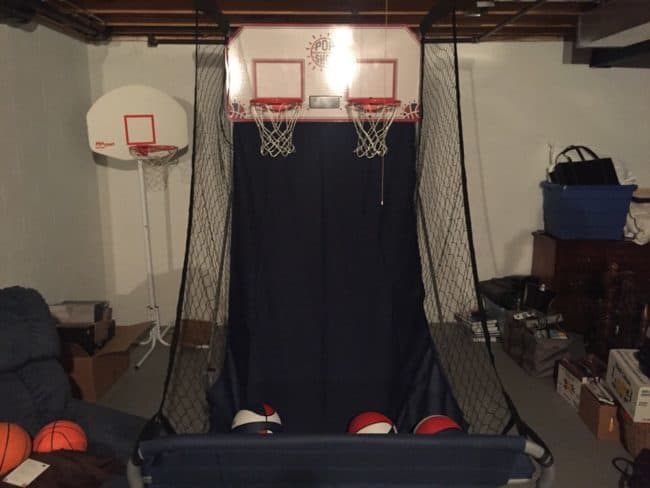 The difference in quality starts with the rims.  Pop-A-Shot Home Dual Shot features two steel rims that may look similar to those found on other units, but they perform much better.  These rims are more firm making it challenging to make shots compared to softer, weaker rims.

A large screen digital scoreboard sits between the two rims attaching to the backboard.  The numbers really pop on this screen and again you can tell that this scoreboard is higher quality than those found on the average home basketball arcade. 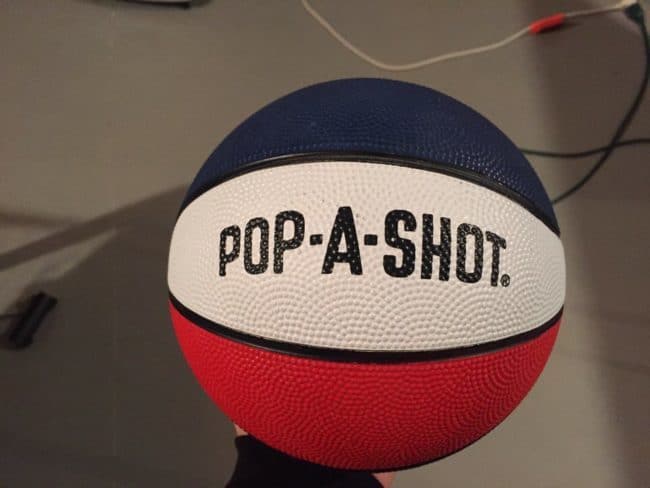 Ten different game modes can be played on the Pop-A-Shot Dual Home Shot Basketball Arcade.  Here is a summary of each game mode:

Pop-A-Shot is a top quality home basketball arcade system and its price reflects this fact.  Usually the price comes in around $275, with incremental price increases seen during the holiday season.

What I Like About The Pop-A-Shot Basketball Arcade System

What Could Be Better

Here Are The Best Arcade Basketball Games in 2019

Nick is has been a student of the game of basketball most of his life. He loves writing about all things hoops and basketball gear.